Taiwan is one of the Four Asian Tigers and among the leading countries in the world in terms of industrial and high-tech development.

An island country located in the South China Sea with a population of about 23 million, Taiwan (or the Republic of China) hasn’t been recognized as independent by the People’s Republic of China (commonly known as China) and the relationship between the two countries is an extremely sensitive subject. Taiwan made its transition from military dictatorship to democratic governance in the early 1990s and in May this year elected its first female president, Tsai Ing-wen.

Taiwanese pupils boast some of the highest scores in the world in maths and science tests and students above the age of 15 reportedly maintain literacy rates of 98.5%. In recent year, the Taiwanese ministry of education has made substantial efforts towards reforming the heavily criticized previous educational system and shifting focus from memorization to creativity and critical thinking. 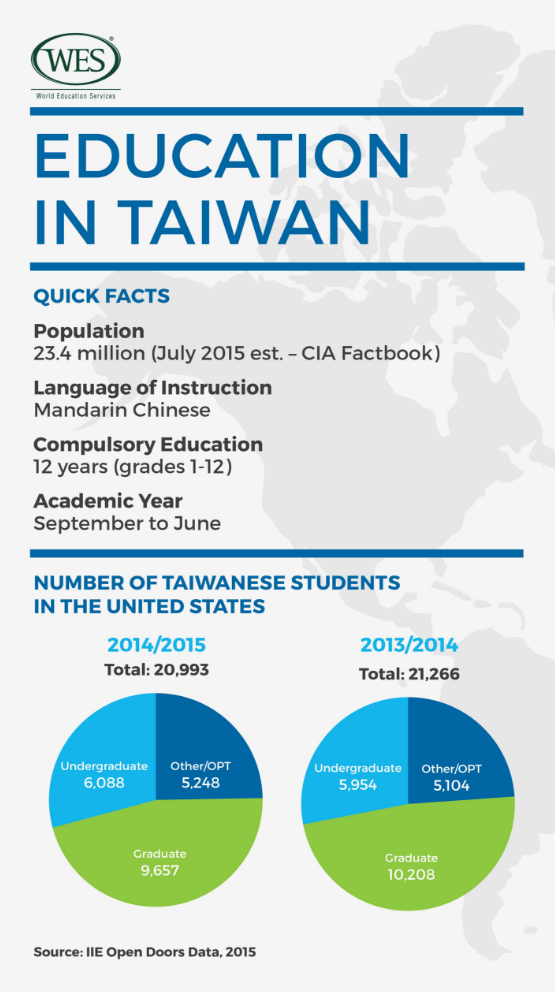 Up until 1994, Taiwan was among the leading exporters of international students in the world. Between 1994 and 2012, as a result of dropping birth rates and government reforms that produced way too many universities for the island’s declining population, the demand shrank and the number of Taiwanese students seeking education abroad fell down significantly. Since 2013, the numbers have started to pick up again for some countries, notably the UK and Australia. Enrollments in the UK skyrocketed from 4,600 in 2012 to some 16,000 in 2013. Over the same period, Australia reported a 24.3% jump from 7,200 to almost 10,000 Taiwanese students. These impressive results are to a great extent the result of both countries’ comprehensive international marketing and recruitment efforts.

Almost half of all outbound Taiwanese students choose to go the US, and despite their numbers have been steadily declining for years, Taiwan holds firm within the top 10 sources of international students for the US. Other preferred destinations include Asia and Japan in particular, Canada and New Zealand.

Taiwanese students abroad are most interested in pursuing graduate degrees, followed by undergraduate, optional practical training and other studies.

A notable change towards diversity can be observed as Taiwan’s strong economy and uprising middle class enable families from more varied backgrounds to send their offspring to study abroad. Education agents on the field also report of the so-called “Go younger” trend, which sees a growing number of well-off families start considering international education from an earlier age, with the prospect of better English language acquisition, easier path to a greater variety of higher education options and subsequently stronger career opportunities for their children.

Improvement of the overall quality and access to education has been a major part of the President’s Golden Decade National Vision that was announced back in 2011. The action plan encompasses reforms across all areas of education, including:

Dozens of cooperation and partnership agreements have been established in recent years with higher education institutions in many overseas countries including Austria, Australia, Russia, UK and the US. These agreements are a great opportunity for institutions to showcase their programs and quality of education to the Taiwanese student body.

The Taiwan Ministry of Education announced 2015 as the Education Innovation Action year, demonstrating a really positive, enthusiastic, open to creativity and innovation, action-focused approach with the long-term vision of increasing Taiwanese youth’s global competitiveness and building a prosperous and sustainable future for the country.

According to Richard D. Lewis’ seminal publication, “When Cultures Collide”, Taiwan is the 3rd most reactive culture in the world. This means that Taiwanese people are typically introverted, more willing to listen than to talk, tactful and respectful of the other party.

Similarly to China, the Taiwanese style of communication is not centred on words themselves. Subtle gestures, body language and other non-verbal signs can sometimes convey more meaning than what’s being spoken.

Patience, respect, discipline and strict observation of manners and hierarchy are inherent in the values and business etiquette of the Taiwanese society, as well as maintaining “face” in all social situations.

Despite the data revealed by economic and demographic trends, Taiwan should not be easily dismissed as a source of international students. The country’s ambition to reform its higher education system can unlock considerable potential for growth through partnerships and cooperation agreements with external tertiary education providers.

Taiwan also offers untapped opportunity for recruiting talent at high school and undergraduate level as a result of its growing middle class and increasing number of families who can now afford sending their children abroad at an earlier age.

In order to attract Taiwanese students to your institution against fierce competition, make sure you focus on post-graduation employability and opportunities for career advancement.

Bear in mind that the preferred channel of communication by Taiwanese families and prospective students is through student recruitment agents. If you want to explore the benefits of this fascinating market, build a network of qualified partner agents and attend education agent workshops to effectively reach your recruitment goals. 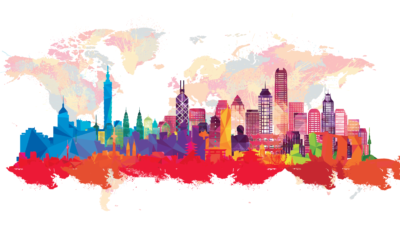 Poll: Recruiting International Students From The Big 4 – Is It Still A Thing? 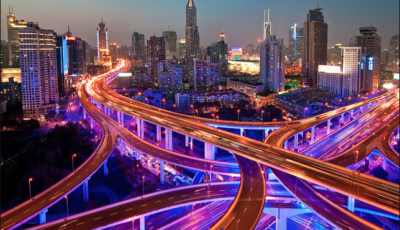